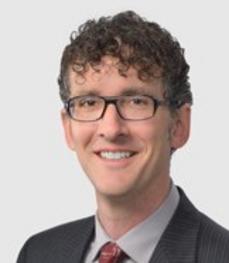 Jonathan advises clients on all aspects of intellectual property, with particular focus on patent and trademark prosecution, strategic portfolio analysis and development, due diligence and risk mitigation.  Jonathan has personally authored hundreds of patent applications, and prosecuted both patent and trademark matters throughout the world.  The technical subject matter of his patent work over the years runs the gamut from software, business methods and control systems, to complex machinery, medical devices, injection molding, and fuel cell electrochemistry.  Engagements have also included conducting invention capture sessions, rendering of opinions on patentability, freedom to operate, and priority, and trademark opposition proceedings.

Jonathan is active in his Bloomington, Indiana community, and served many years on the Board of Directors of the Boys & Girls Club of Bloomington.  He has also served as a speaker and mentor at his alma mater the Maurer School of Law, delivered Continuing Legal Education seminars, and presented on IP topics at the invitation of the Indiana Small Business Development Center. In 2017 Jonathan was recognized by the United States Patent and Trademark Office for his pro bono efforts in support of Patent Connect.

Jonathan received his J.D. from the Indiana University - Maurer School of Law in 2001 where he achieved Dean's honors, argued in the Sherman Minton Moot Court, and served a semester as Student Director of the Inmate Legal Assistance Program.

Jonathan is admitted to practice in the States of Indiana (2005) and Michigan (2001), the United States Patent and Trademark Office (2002), and the Court of Appeals of the Federal Circuit (2003).